Deprecated: __autoload() is deprecated, use spl_autoload_register() instead in /var/www/tforest/www/wp-includes/compat.php on line 502
 Image – Vesteo Law Theme 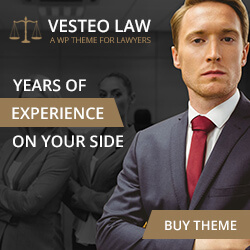 Law is a system of rules that are enforced through social institutions to govern behavior. Laws can be made by a collective legislature or by a single legislator, resulting in statutes, by the executive through decrees and regulations, or by judges through binding precedent, normally in common law jurisdictions. Private individuals can create legally binding contracts, including arbitration agreements that may elect to accept alternative arbitration to the normal court process. The formation of laws themselves may be influenced by a constitution, written or tacit, and the rights encoded therein. The law shapes politics, economics, history and society in various ways and serves as a mediator of relations between people.

A general distinction can be made between (a) civil law jurisdictions (including Catholic canon law and socialist law), in which the legislature or other central body codifies and consolidates their laws, and (b) common law systems, where judge-made precedent is accepted as binding law. Historically, religious laws played a significant role even in settling of secular matters, which is still the case in some religious communities, particularly Jewish, and some countries, particularly Islamic. Islamic Sharia law is the world’s most widely used religious law.