The Hong Kong Property Deal is a simple two-party negotiation that appears to have a single distributive issue (price), but contains several hidden issues that offer integrative opportunities.

The simulation is set in Hong Kong in 1996, just before the British returned Hong Kong to the People’s Republic of China. Lee Wing and Terry Jones each operate a business next door to each other on Tai Po Kau Harbour Road. Between their two businesses is a small lot that is unattractive as a separate building site because it sits between two large warehouses. Lee Wing purchased the small lot in 1990 for $70,000 with the intent of expanding his warehouse. These plans were never realized, and the lot is currently vacant.

Wing has decided to move to Australia, and has arranged to sell his construction material importation business to a family friend, Bill Ling. Ling has gathered the necessary funds to buy Wing’s business and warehouse, but can only offer $50,000 for the small vacant lot (which he neither particularly needs nor wants).

Terry Jones conducts the Hong Kong business for Australian-based Outback Foods from the lot on the other side of Wing’s vacant lot. Unbeknownst to Wing, Outback Foods is having great success in Hong Kong and could use some extra space to expand its warehouse. Indeed, Terry Jones has a budget of up to $200,000 to purchase additional space for a warehouse.

Wing called Jones yesterday, and the parties are about to meet.

This case allows for the introduction of several fundamental negotiation concepts: 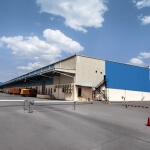 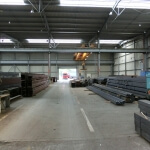 Hong Kong is simply dummy text of the printing and typesetting industry. Lorem Ipsum has been the industry's standard dummy text ever since the 1500s, when an unknown printer took a galley of type and scrambled it to make a type specimen book.