Deprecated: __autoload() is deprecated, use spl_autoload_register() instead in /var/www/tforest/www/wp-includes/compat.php on line 502
 Springfield Outfest – Vesteo Law Theme

In Springfield OutFest, Springfield Pride is a local advocacy organization that supports the city of Springfield’s sizeable lesbian, gay, bisexual

In Springfield OutFest, Springfield Pride is a local advocacy organization that supports the city of Springfield’s sizeable lesbian, gay, bisexual, and transgender (LGBT) community. Springfield Pride’s largest event of the year, by far, is the OutFest, an annual street festival permitted by the city of Springfield to celebrate National Coming Out Day, to and support and affirm LGBT identity. In addition to drawing large, supportive crowds, the festival also attracts members of the public who oppose the message of the festival and LGBT lifestyles in general. One group in particular, Salvation Now!, is a nationwide network of grassroots religious and social campaigners who seek to bring their religious message directly to those they consider to be living sinful lifestyles. The local Salvation Now! organizers have been a regular and increasingly visible presence at the OutFest over the past several years, including last year. Salvation Now! members arrived at the OutFest, megaphones at the ready, and began broadcasting a message that many at the festival found offensive and hateful. Springfield Pride had organized a human buffer of numerous volunteers, who were prepared to shield the crowd from the protesters. The volunteers carried massive signs to block the signs of the protesters and blew whistles to drown out their megaphones. As tensions mounted, the police arrested several Salvation Now! members for refusing to follow police instructions and disrupting the peace. Although these criminal charges were eventually dropped, the confrontation dampened the festival atmosphere and attracted quite a bit of unfavorable media attention to the city of Springfield and the OutFest.

The simulation begins one year later. Springfield Pride has just submitted its permit application for this year’s upcoming OutFest. Fearing either an escalation of last year’s confrontation or legal liability and court challenges, the city has requested a meeting with all parties to try to agree on some parameters and rules before this year’s festival.

The most important objective of this exercise is to demonstrate that assisted negotiation (i.e., mediation) can be used to resolve values-based disputes, not just interest-based disputes. With the assistance of a mediator, the parties and their attorneys can craft a settlement that does not require them to compromise their fundamental beliefs or values. Key teaching points include: 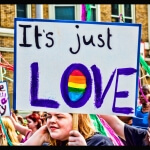 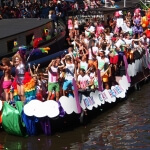 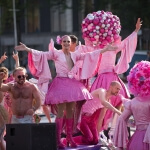 Springfield Pride is simply dummy text of the printing and typesetting industry. Lorem Ipsum has been the industry's standard dummy text ever since the 1500s, when an unknown printer took a galley of type and scrambled it to make a type specimen book.