Deprecated: __autoload() is deprecated, use spl_autoload_register() instead in /var/www/tforest/www/wp-includes/compat.php on line 502
 The WikiLeaks Incident – Vesteo Law Theme

In 2010, a disaffected U.S. Army intelligence analyst allegedly copied a large trove of U.S. government documents and sent them to whistleblower

In 2010, a disaffected U.S. Army intelligence analyst allegedly copied a large trove of U.S. government documents and sent them to whistleblower website WikiLeaks (http://wikileaks.org/). The trove included hundreds of thousands of military documents and embassy cables, many of which were classified. WikiLeaks shared the documents with several major newspapers and then began public distribution at a slow pace designed to drag out the document release for years. The document release resulted in investigations and legal maneuvering, but also caused a cyberspace tiff between WikiLeaks, its critics, and its supporters. Although limited in scope, the incident included a level of interactivity not previously seen: online raids, skirmishes, and reprisals that continued over the course of several months and were widely reported by the news media. This tit-for-tat exchange of cyberattacks distinguishes the WikiLeaks incident from prior leaks, and may offer hints about future conflicts in cyberspace.
This document contains three parts:
1. A list of some individuals and groups involved in the incident;
2. A step-by-step description of the chain of events;
3. Exhibits containing additional background and primary source material related to the incident.

The WikiLeaks Incident is designed to be used as a background document to set the stage for several hypothetical classroom exercises during which students play the roles of various stakeholders. This product includes a separate teaching note with teaching plans and materials for the exercises. 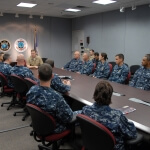 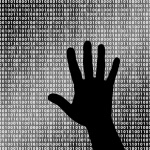 U.S. Army is simply dummy text of the printing and typesetting industry. Lorem Ipsum has been the industry's standard dummy text ever since the 1500s, when an unknown printer took a galley of type and scrambled it to make a type specimen book.